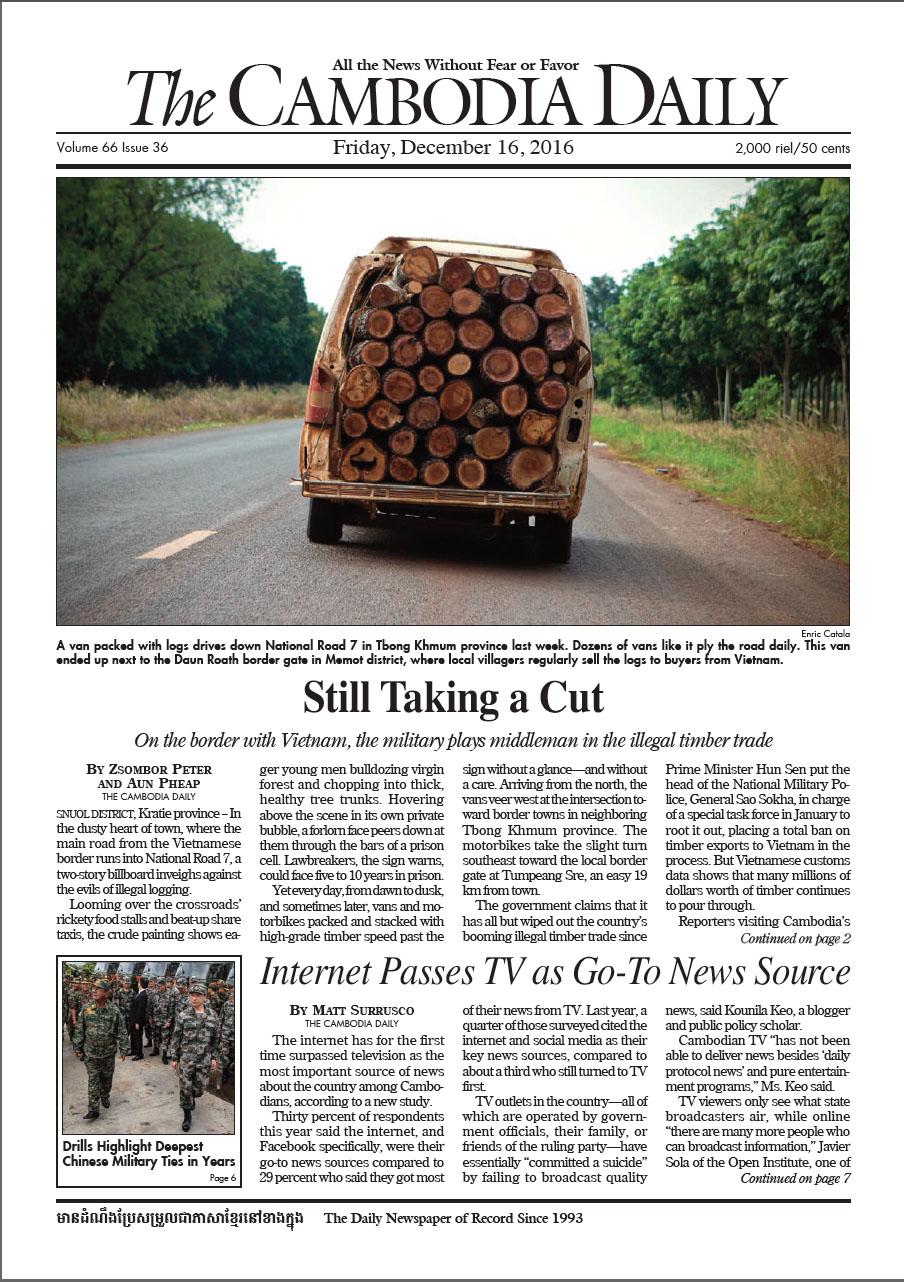 Although there is an order to stop timber exports to Vietnam due to the massively deforestation rates in the country, Vietnam borders import figures show that a large queatity of timber coming from Cambodia is still entering Vietnam’s customs. Cambodia’s official export figures show otherwise. This gap can only be explained in the fact that there are lots of logs being smuggled every month through border stops and along the geography that delimits within the two countries. I was photographing this story along with reporters Zsombor Peters and AunPheap and was published on December 16th 2016 issue.